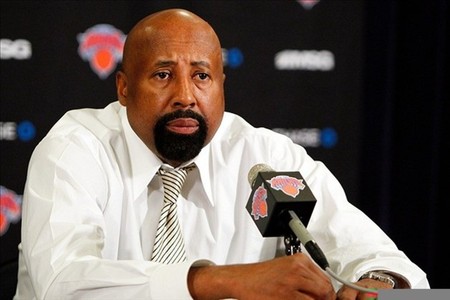 Heading into Monday’s game against the Dallas Mavericks the Knicks hold a record of 21-35. After yet another loss on February 22, this time a loss to Atlanta Hawks, one must wonder how much longer Mike Woodson will keep his job. The Knicks who have grossly underachieved this season now sit at 5.5 and games out of the 8th spot in the playoffs. It appears the Knicks have not been fully engaged and in essence have tuned their coach out. It is almost a foregone conclusion that Mike Woodson will not be a part of the team’s future. His status of losing his job has now turned into more of a matter of when rather than if. The Knicks have very little time to salvage whats left of this season and the seat will only get hotter for Woodson if they continue to lose at this rate.