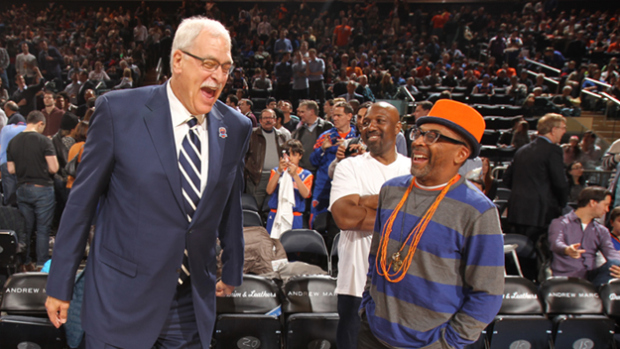 Now that the NBA Summer League is over, NBA teams have gotten a bite sized sample of what their young talent can do for them. Teams rosters are really taking shape, and the New York Knicks are no different.. Knicks sophomore guard Tim Hardaway Jr. looked good in the Summer League leading the Knicks to a 4-1 record. He was All Summer League 2nd Team averaging 22.8 points per game. Hardaway Jr. looked good and is presumably safe from any trade talks. It has been reported that Knicks President Phil Jackson is not done making moves this off-season. The Knicks are reportedly interested in another trade or two. Although Hardaway Jr. doesn’t seem to be a target of any deals, one can never be 100% sure. After all, the trade that sent Tyson Chandler and Raymond Felton out of town to the lone star state was seemingly out of nowhere. You can’t be too sure what Phil Jackson and GM Steve Mills have in store. The Knicks currently have a logjam at SG, as they have 4 on the roster. ESPN’s Ian Begley reported the Knicks are open to dealing SGs JR Smith and Iman Shumpert. In an interesting interview on ESPN’s First Take JR Smith stated he wouldn’t be surprised if he were traded due to his disappointing play last season. After starting the season on a suspension from a failed drug test, Smith started horribly and had arguably the worst season of his career. Smith’s market value will however be interesting considering he finished the season strong. From March 1st until the last game of the 2013-14 season Smith averaged nearly 18 ppg. Smith also connected on a whopping 82 3s in the month and a half stretch on 42% shooting from 3 point land. Smith also has a favorite contract compared with his talent level. At a little over 6 million a year Smith is a bargain. With his behavioral issues teams might be scared away but considering his talent level and ability when fully focused the Knicks might opt on keeping him to see how he performs under the new regime. Iman Shumpert quickly emerged out the gates as a fan favorite but struggled mightily last season, especially on the offensive side of the ball. He appeared lost in Mike Woodson’s offense and appeared to let his struggles affect him mentally. It is definitely conceivable that he can be traded, as his name has come up in rumors before. Like Smith, Shumpert does have his positives if the Knicks decide to keep him. He is a great on ball defender and is only 24 years old. Like Smith, maybe a change of scenery within the Knicks higher ups can ignite an uptick in his play. The players that the Knicks would like to move first, Andrea Bargnani, and Amare Stoudemire, might prove to be difficult, given their enormous contracts. Despite the fact that their contracts are expiring, a commodity in todays NBA, it might hard to convince a team to take their salaries without receiving draft picks as well. It currently appears Phil Jackson is not one willing to give up draft picks just for a salary dump. The Knicks could of course stand pat and wait until the free agent class of 2015, which will potentially include Rajon Rondo, Lamarcus Aldridge, Kevin Love, Goran Dragic and Marc Gasol. The Knicks can potentially have up to 30 million in cap space after the 2014-15 season is in the books. With all of the possibilities with Phil Jacksons motives, the one thing is clear. You shouldn’t bank on what think will happen with the New York Knicks