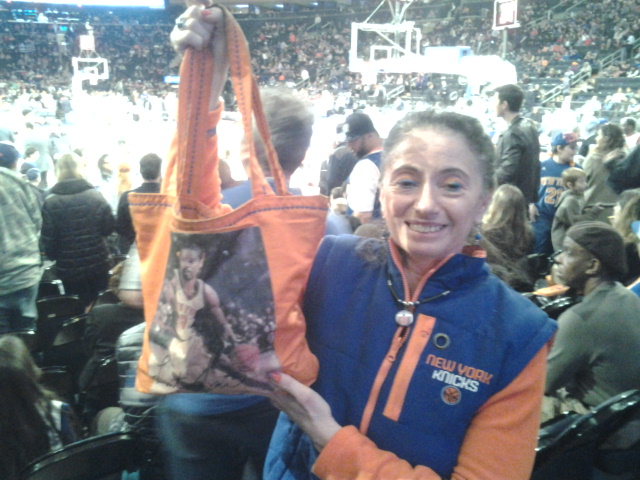 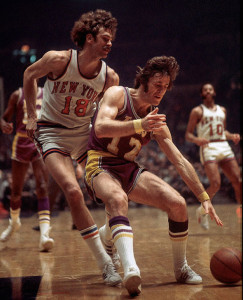 Phil Jackson of the New York Knicks guard’s L.A. Laker Phil Jackson. Arguably the two greatest of their time both are great Laker coaches. Now Phil hopes to bring his Knicks back to championship contention the way Riley did in the 1990’s.

The New York Knicks have seen themselves go from their most successful season in 13 years a year ago back to the brutal incompetent basketball that we have been subjected to for the better part of the last decade and some change. As of two weeks ago when the Knicks were completely embarrassed from the top of the organization to the bottom after being routed in three consecutive nationally televised games things had spiraled out of control where the fan base was up in arms and demanded change.

A fan protest was scheduled for Wednesday March 19th outside of Madison Square Garden before their contest against the Indiana Pacers for voice to voice their displeasure with upper management. Well in a matter of two weeks Knicks ownership has gone out and hired former championship Knick Phil Jackson to come run the organization as the president of basketball operations, after years of success as a championship coach in Chicago and Los Angeles.

On top pf that the Knicks have gone a six game winning streak, their longest of the season. The team does not play again until Wednesday which is the date of the scheduled protest which has simmered down. In this report we speak with Knicks fans inside Madison Square Garden about the state of the Knicks, Phil Jackson and the protest.

We also speak with Phil Jackson’s Knicks teammate Walt Clyde Fraizer and we also get Amare Stoudamire and Carmelo Anthony’s reaction to their new boss after they push their win streak to the longest of the season. 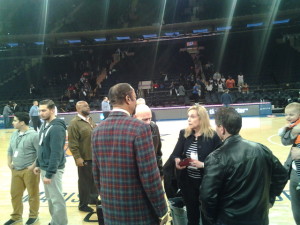 Living Legend Walt Clyde Fraizer is as popular as ever at the Garden and he is delighted to have his buddy Phil back in New York as he tries to bring the franchise back to championship contention like they were as champions in the early 1970’s. 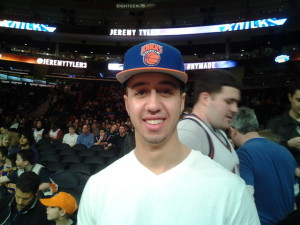 Knicks fan Lucas from Brooklyn, New York is a die hard Knicks and is with team through the good and the mostly bad.

This longtime season ticket holder is as passionate as they come and her favorite Knick in recent times is Latrell Spreewell. That is his bag she is holding up. She also wears a #8 Knicks pendant in honor of Spree. 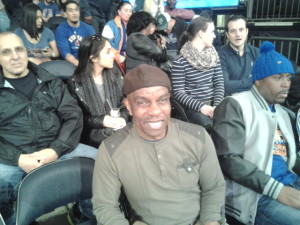 Donal Turner is a longtime Knicks season ticket holder through the good and the bad and is very concerned about the state of his team.