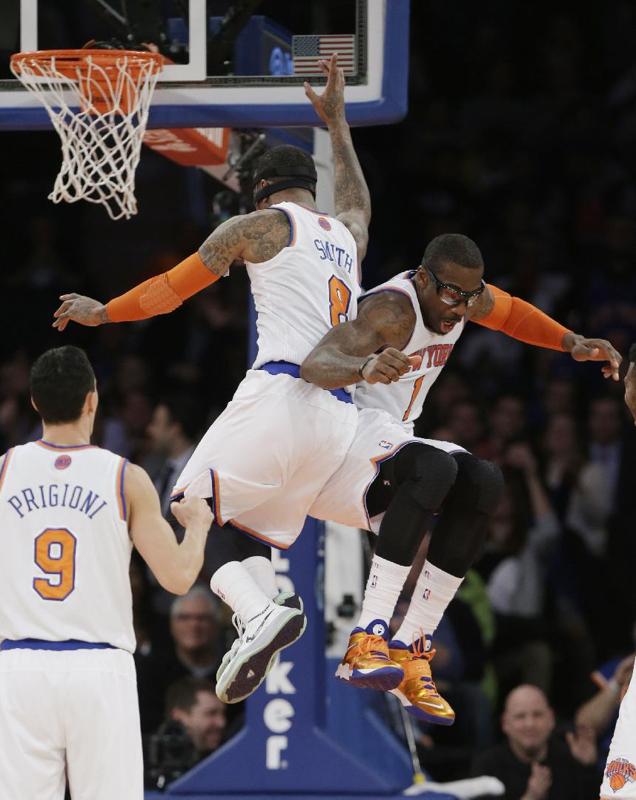 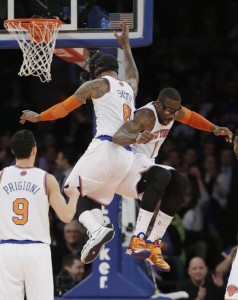 The Knicks have played a lot better since inserting J.R. Smith and Amare Stoudamire into the starting lineup.

Fortunate that they play in an Eastern Conference that is historically bad the New York Knicks still have a chance to to make the playoffs and since head coach Mike Woodson has inserted a new starting lineup they have played like a different team and on Monday night they beat the lowly 76’ers for their 4th win in a row. Everybody in this new starting fie is playing better including Amare Stoudamire who is now starting for the first time in two years. The entire starting five speaks with us about the late bid to make the playoffs and the importance of Amare’s emergence as a starter.