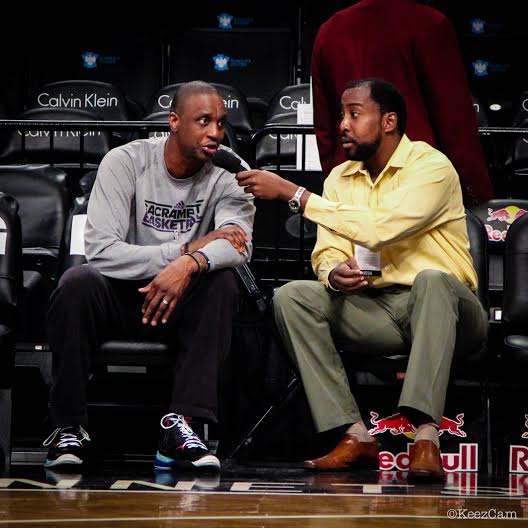 Before the Sacramento Kings Vs. Brooklyn Nets game in BK we looked out over across the court and saw this legend on the court relaxing and enjoying the usual NBA pre-game rituals. Dee Brown the 1991 NBA slam dunk champion spoke with us about his legendary night on all-star weekend 23 years ago when he pumped up his Reebok sneakers and was the first guy to pull off a no-look dunk. We also ask him why NBA superstars are so afraid to enter the dunk contest today, and what he thinks it will be like next season when the event will be held on the Barclay Center court. We also speak to him about his early NBA days where he was drafted and played with Larry Bird, Kevin Mchale, Robert Parrish and the historic Boston Celtics. Was there much rookie hazing? Dee also speaks on the physicality of the NBA now and then when he was in a league with the likes of Isiah Thomas, Michael Jordan and such.