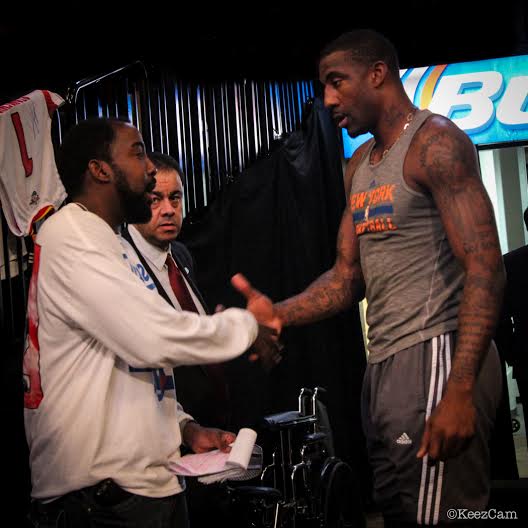 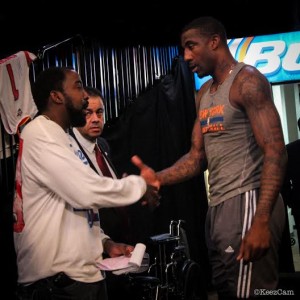 Despite being a strong 6’10 Amare Stoudamire says he played baseball as a kid but he couldn’t hit any homeruns.

On April 15th, 2014 67 years to the day that Jackie Robinson broke Major League Baseball’s color barrier in Brooklyn, New York at Ebbets Field there were two New York City professional basketball teams playing each other in Brooklyn at the Barclay’s Center were virtually both teams were all black. We spoke with Amare Stoudamire, Jason Collins, Marcus Teague, and C.C. Sabathia about the issue and we also speak with Andrei Kirilenko about baseball in Russia. You can listen to it all right here. 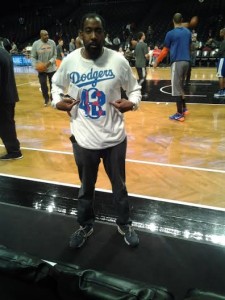 Repping Jackie Robinson in the middle of Brooklyn 67 years to the day that he broke the color barrier in American professional sports. 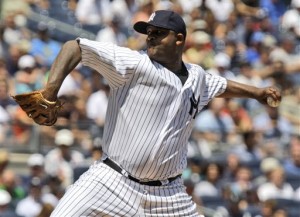 C.C. Sabathia says the fact that there were 67 African-American ball players in the Major Leagues on the 67 year anniversary of Jackie Robinson breaking the color barrier is discouraging.