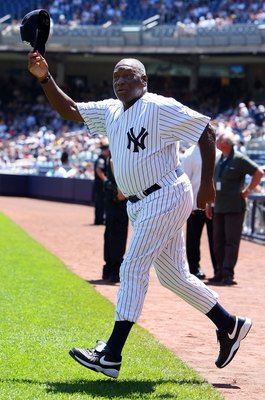 Al Downing made his Major League debut with one of the greatest Yankee teams of all-time and in fact they were one of the greatest teams in Major League Baseball history, the 1961 New York Yankees, becoming the first black pitcher in franchise history.  As a Yankee Downing would lead the American League in strikeouts in 1964 and he would make the only all-star team of his career with the Yankees in 1967.  He would be traded from the Yankees at the end of the decade and bounce around between two different teams before landing with the Los Angeles Dodgers in 1971 where he would become one of the 15 black aces currently in the history of Major League Baseball that season.

Later during the 1974 season Downing would find himself in the middle of history when he surrendered Henry Aaron’s 715th career homerun surpassing Babe Ruth as the all-time career homerun king on April 8th 1974.  You can view and listen to his story right here with a click of this VoiceThread link.