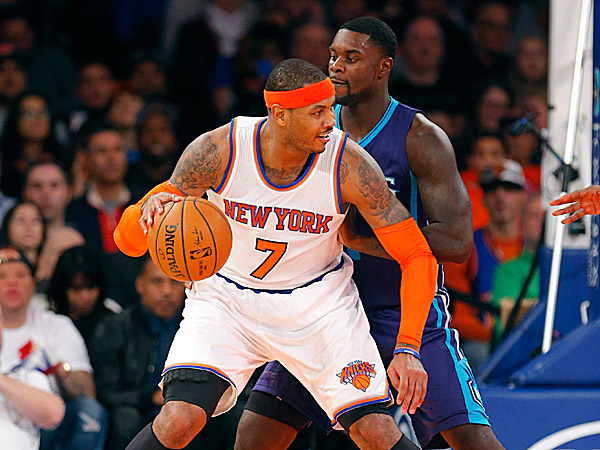 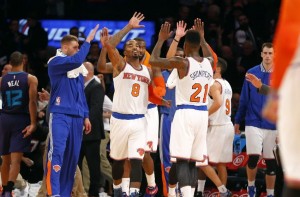 Through the first 3 games of this season the Knicks have already accomplished more than they did all of November a season ago.

The New York Knicks did not win back to back games last season until December and now after three games to start this season they have done just that.  After losing at home on Opening night to Chicago the Knicks turned around the next night and stunned the Cleveland Cavaliers and they followed that up with a 96-93 win over a talented Charlotte Hornets team at Madison Square Garden on Sunday night.  The Knicks went all of November without a home win last season going 0-7 and after their first game of November this season they have already done that.  In the game Carmelo Anthony became the sixth youngest player in NBA history to reach the 20,000 career point mark.  We hear from him about that and we speak with Amare Stoudamire who had 17 & 10 in 23 minutes.  We speak with J.R. Smith as well and hear from Shane Larkin about how people are sleeping on the Knicks.  We also speak with the Charlotte Hornets all New York City backcourt of Kemba Walker and Lance Stephenson about their new partnership and we ask Lance about what it meant to him to have Michael Jordan tell him that he needed him to beat Lebron James when Jordan was recruiting him to Charlotte last summer.