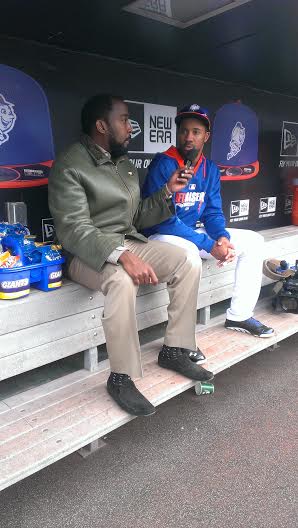 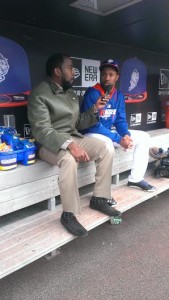 Mets outfielder Chris Young made his Mets debut last night and spoke with me all about it as well as the decline of the African-American ball player.

There are just 67 African-American ball players in Major League baseball today. Last night at CitiField there were six in action including Mets outfielder Chris Young who made his Mets debut after missing the first couple of weeks do to injury. Chris was joined in the outfield by Curtis Granderson and Eric Young Jr.to form an all African-American outfield which is rare. Atlanta fields an all African-American outfield almost every night with the Upton brothers and Jason Heyward. Heyward was out of the lineup however for Atlanta on Friday night.