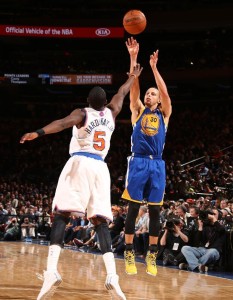 After dropping 54 on the Knicks last season in his lone Madison Square Garden appearance he had a triple double in his one performance at the Garden on Friday night. Splash brother Klay Thompsn starred as well for their head coach former Knicks point guard Mark Jackson. Hear from them all right here..