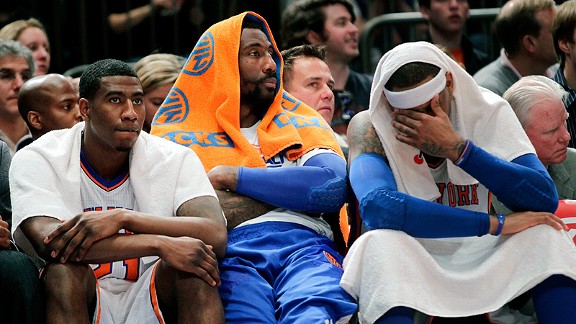 Audio source missing
As we look back over the 3 and a half years of the Carmelo Anthony era with the New York Knicks we bring you March 11th 2012. This was the season Jeremy Lin came in and literally saved the Knicks season. The lockout shortened season was Carmelo’s first full season with the Knicks after being traded to New York in February of the previous season. The Knicks big new addition was center Tyson Chandler and he immediately before the season even started he along with Amare and Carmelo were being dubbed the best frontline in the game 22 games in they had a record of 8 wins and 15 losses and the season was going straight down the toilet. Until game 23 when Jeremy Lin came in the game and dropped 25 and 7 dimes leading the Knicks to victory and six straight after that for a total of seven bringing the Knicks record to 15-15 giving them a fighting chance of still making the playoffs. Carmelo and Amare both missed the Linsanity seven game win streak because Carmelo was hurt and Amare was out due to the unexpected death of his brother. 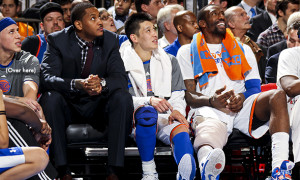 During Linsanity the Knicks won 7 straight games and 9 of 10 with Carmelo Anthony in street clothes due to injury.

Jeremy Lin flourished in Mike D’antoni’s system as the point guard and the question the entire time was what will happen when Carmelo Anthony returns to the lineup from injury and would he disrupt how the team was playing and the winning ways. Well when Carmelo came back the Knicks went right back to losing. This game here was one game before Knicks head coach Mike D’antoni was let go by the team. In a blowout loss D’antoni benched Carmelo Anthony and Amare Stoudmire in the 4th quarter. After the game it was a rough distraught locker room. Amare Stoudamire was backing Mike D’antoni’s system, a coach he had success with in Phoenix, and talking about how they had to play as a team. Carmelo Anthony was talking about how things were not fun at a point in the season that was on the verge of rock bottom. It was a time when the Knicks were fighting just to make the 8th seed and every loss felt like the end of the world. Take a listen..