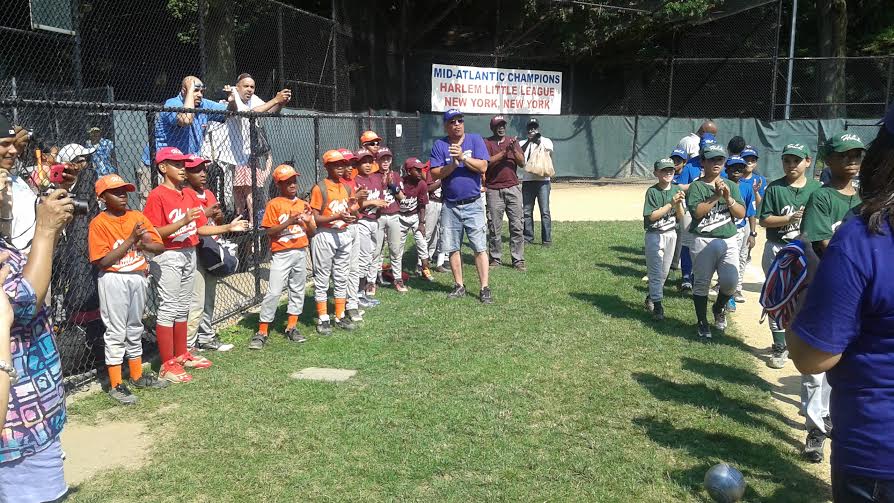 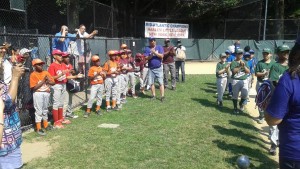 Harlem Little Leaguers at one of the league’s home ball park.  Here they are at Shea Field in Marcus Garvey Park on 121st. 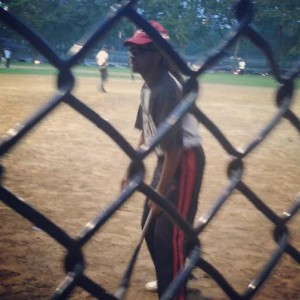 Malcolm Decastro has been a devoted coach in the Harlem Little League since the beginning in 1989. This is him here taking an at-bat at the parents, coaches, volunteers softball game.

Parents taking photos of the kids during the all-star game. Proud parents and happy kids. 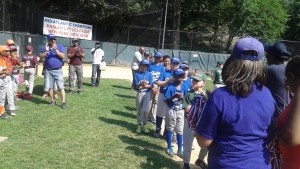 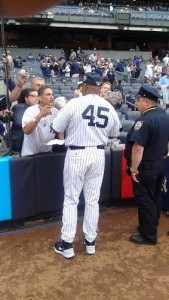 Cecil Fielder (45) has a son Price Fielder in the Major Leagues who is one of the League’s stars. At Old-Timers Day at Yankee Stadium he says a father’s role is very important for a child learning baseball.