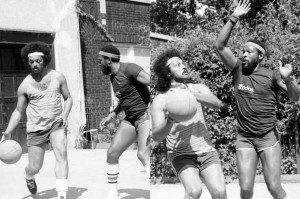 Jesse Jackson and Marvin Gaye balling back in the day. 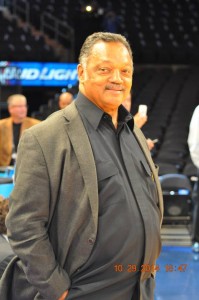 On opening night at Madison Square Garden between the New York Knicks and Chicago Bulls we spoke with Reverand Jesse Jackson who is an avid Bulls fan.  Jackson is from Chicago and spoke with us about how long he goes back with Derek Rose and his family , why he loves basketball, why athletics is important, Lebron James decision to go back to Cleveland, the Jackie Robinson West Little League team out of Chicago, the decline of black Americans in Major League baseball and much more.