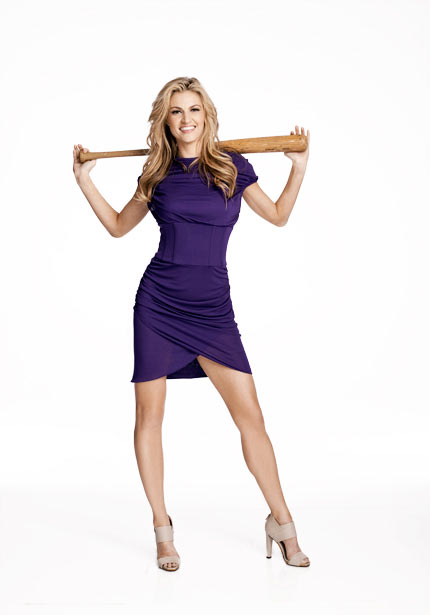 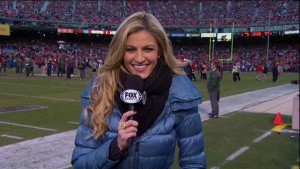 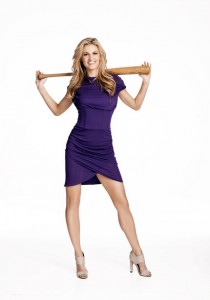 Andrews with Derek Jeter during his final all-star game in 2014.

In part VII of our look at the Women Covering The 2015 World Series we speak with Erin Andrews, one of the brightest more well known faces in sports journalism.  She is a star and if you follow sports then you know her work well.  Even if you do not follow sports you may know her as the host of Dancing With The Stars since 2014.   Listen as she tells us how she got the bug for covering sports. 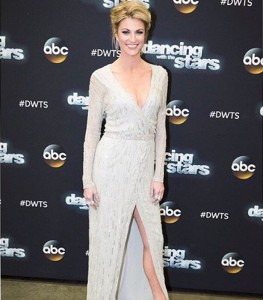 Andrews has been the host of Dancing with the stars since 2014.