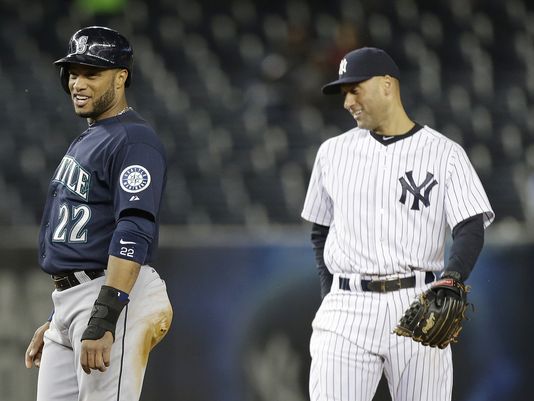 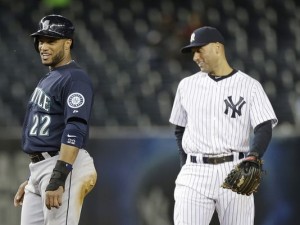 These two guys used to be the double play combination in New York for so long.

On Tuesday April 29th, 2014 we were there to Welcome Robinson Cano back to the Bronx after leaving the organization he spent his first 9 years with for the Seattle Mariners and a 10 year $240 million contract which is one of the largest in baseball history. Cano was always a good guy in New York but we know how fans are when you leave their team and the Yankee fans in attendance let him know about it. Here from Cano, Derek Jeter, Mark Texiera, and Seattle Mariners manager Lloyd McClendon who is one of just three African-American managers currently in the Major Leagues. Listen right here..