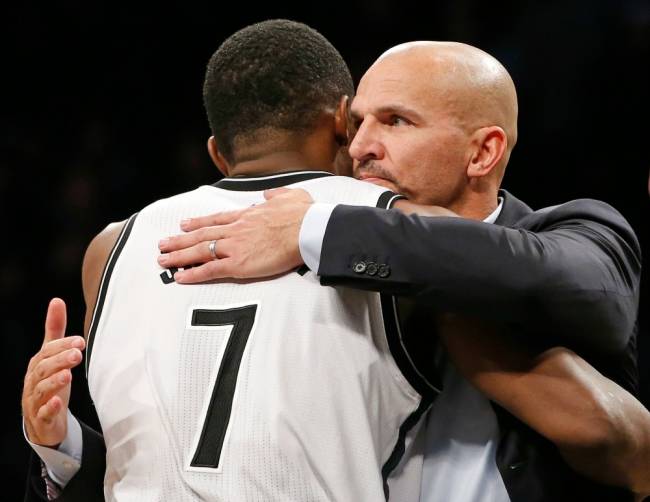 After leading the Nets to their only two NBA Finals appearances in franchise history and then coaching them for a year last season in his first season retired as a player Jason Kidd stunned everyone when he left the Nets to become the head coach of the Milwaukee Bucks.  There were lots of emotions in the building and we were there to catch all of it in a game that turned out to be a three overtime thriller. 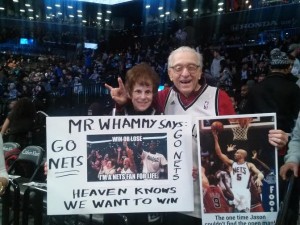 Mr. and Mrs. Whammy are longtime Nets fans going back to their days in New Jersey and they are staples and fan favorites @ the Barclays Center in Brooklyn. 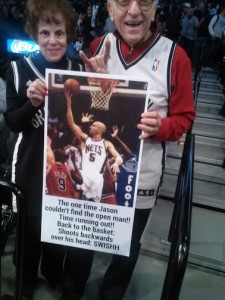 Mr. Whammy made it clear to me that he has always loved Jason Kidd and still does. 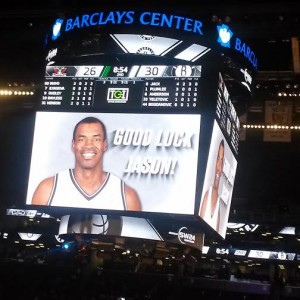 Jason Collins retired yesterday and was at the game last night. We spoke with him as well.