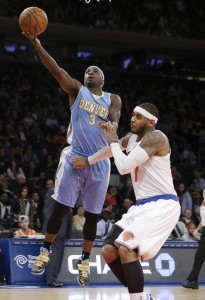 Ty Lawson who goes to the hoop on Carmelo is the only player remaining on the Denver roster from when he was on the team just 3 years ago. 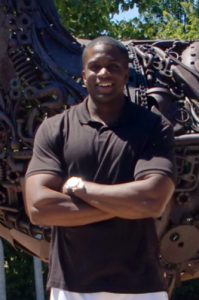 Chris Dempsey was born and raised in Denver and currently writes for the Denver Post. and covered Carmelo’s Denver career.