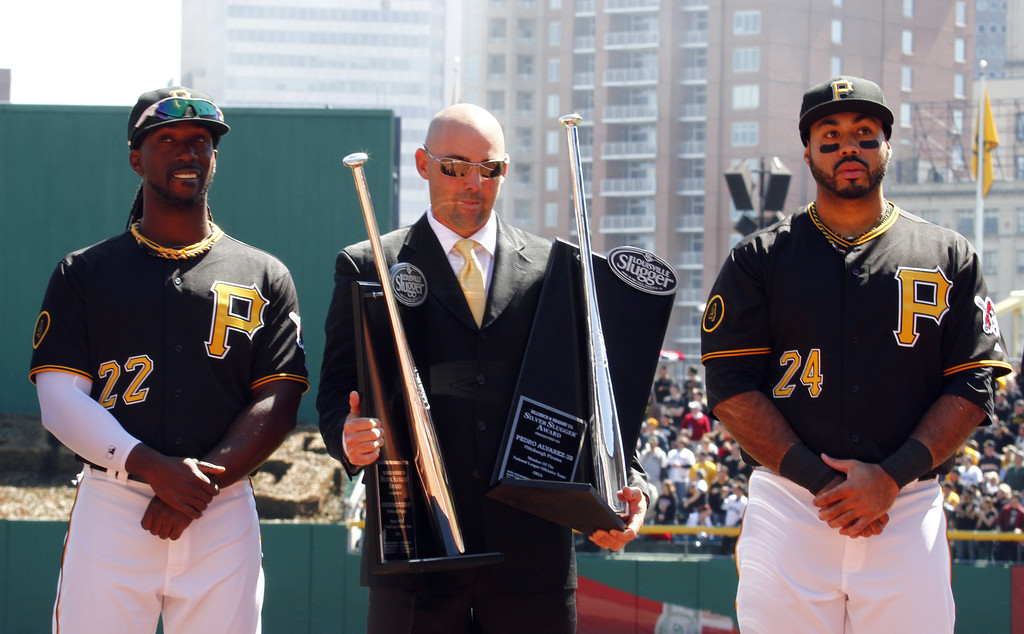 The Pittsburgh Pirates have not won a World Series title since their 1979 ball club who had the moniker “We are family” beat the Baltimore Orioles in seven games.  Before this season the last time the Pirates had made the playoffs was 1992.  That was also the last time Pittsburgh finished with a record over .500 and it was also the last year that Barry Bonds was with the franchise where he won his 2nd MVP in three seasons with the club.  Now 21 years later with Pittsburgh finally having success again they many very well has this season’s MVP in centerfielder Andrew McCutchen  and Pirates 3rd baseman Pedro Alvarez led the National League in homeruns this season.  Both men have a connection with me.  I met Andrew McCutchen for the first time at the 2008 all-star game at the Old Yankee when he was playing in the minor league all-star game and  I have followed his career since.  Pedro Alvarez was raised the same place I was raised at the top of Manhattan in New York City in a neighborhood called Washington Heights.  We also have a mutual friend who is a college professor and baseball coach.  I met Pedro for the first time this season and both men sat we me for this story.