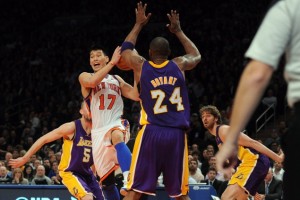 Jeremy Lin put it on Kobe and the Lakers so bad that night that the black Mama gave Lin his respect after the game.

The New York Knicks entered the 2011-2012 season with big expectations after making the playoffs for the first time in seven years the previous season which was also the first season of Amare Stoudamire and Carmelo Anthony. Amare debuted with the Knicks at the start of that 2010-2011 season and Carmelo was traded to the team at the all-star break in February of 2011. The Knicks entered the 2011-2012 season with free agent addition Tyson Chandler which had many proclaiming Candler, Anthony, and Stoudamire as the best front court in basketball. 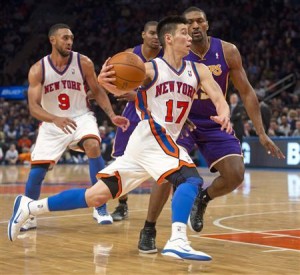 Jeremy Lin was sensational on this night and not even defensive stalwart Metta World Peace could get him off his game.

The Knicks however began the season playing embarrassingly bad performing well beneath expectations. They started the season with a record of 8-15 and falling fast to the lowest depths of the Eastern Conference and a humiliating season. 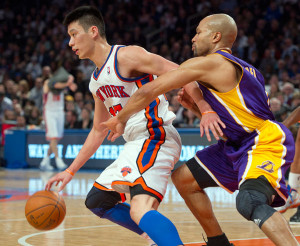 That is when Carmelo Anthony and AMare Stoudamire left the lineup and Jeremy Lin was inserted into out of no where from the end of the bench and sparked the Knicks to seven straight wins. This night right here was win #4 in the seven game winning streak. Before the contest Kobe Bryant tried disrespected the unheard of undrafted Asian ball player. 38 points, 8 assists and a HUGE Knicks win later Kobe Bryant was humbled after the game. Listen to it in this report. 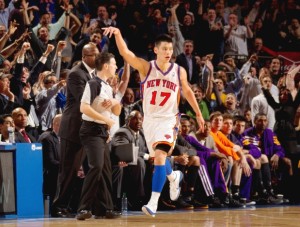 This night was the best and most exciting Knicks game I have ever had the pleasure of being at.