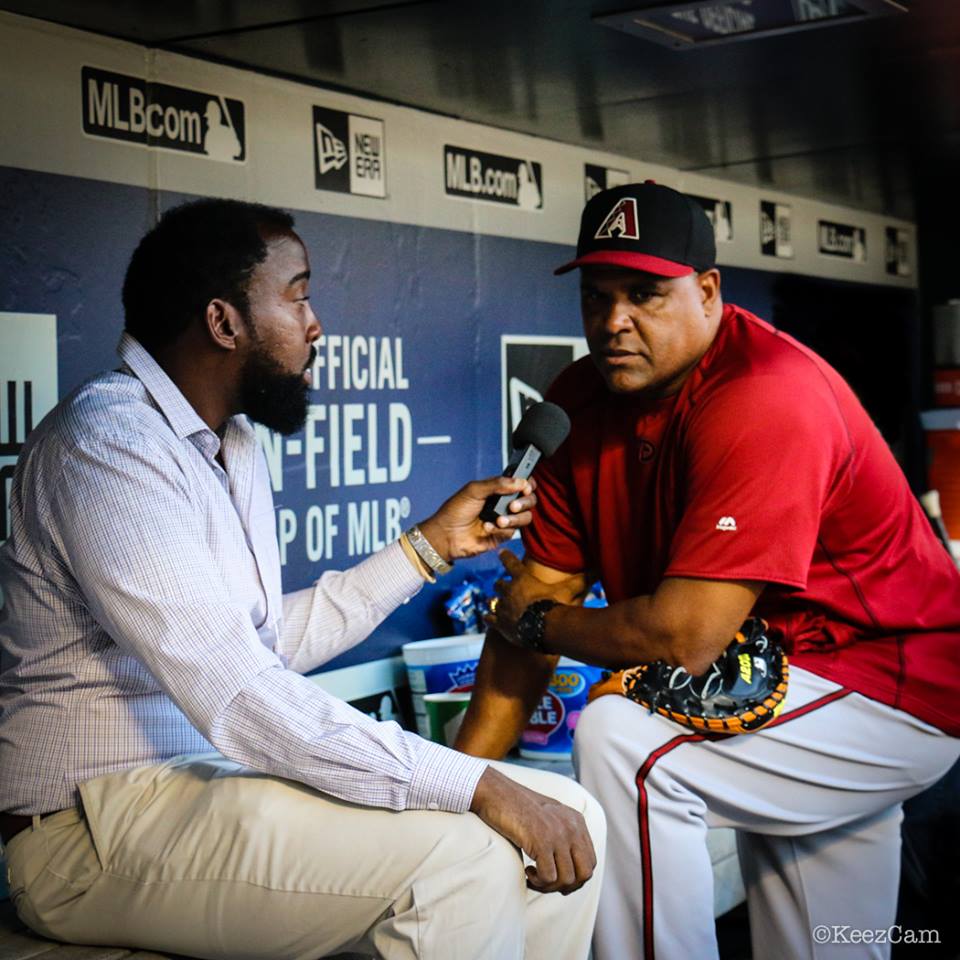 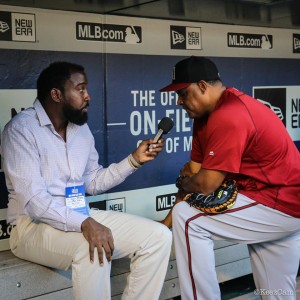 Mike Harkey has two sons, one of which plays tight end for the St. Louis Rams.

Mike Harkey pitched in the Major Leagues from 1988 until 1997 with the Cubs, Rockies, Athletics, Angels, and Dodgers.  He was the New York Yankees pitching coach from 2008-2013 before leaving to become the pitching coach of the Arizona Diamondbacks.  Harkey is also the only African-American in uniform for the Diamondbacks as t hey have none on their current 25 man roster and he is the only one on the coaching staff.  I spoke with him for a few minutes before Arizona took on the Mets at Citi Field. 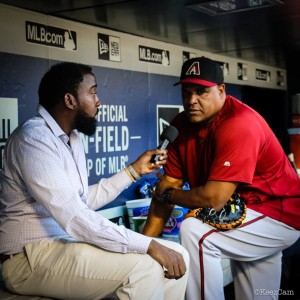 Mike Harkey was a part of Joe Girardi’s coaching staffs in Florida and in New York before leaving in 2014 to become pitching coach of the Arizona Diamondbacks.