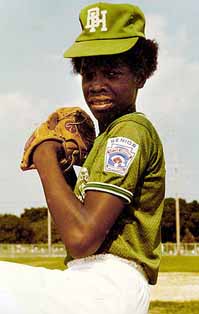 Seattle Mariners manager Lloyd McClendon talks to us about being a part of the first all black team to make the Little League World Series in 1971 out of Gary, Indiana.  We also speak with Dwight Gooden and Gary Sheffield.  Gooden’s Belmont Heights Little League team out of Tampa,Florida made the little league world series in the late 70’s with an all black roster and a few years after that nephew Gary Sheffield and his crew made the Little League World Series out of the same little league.  Gooden’s sister is Sheffield’s mother and the two ball players are just four years apart.