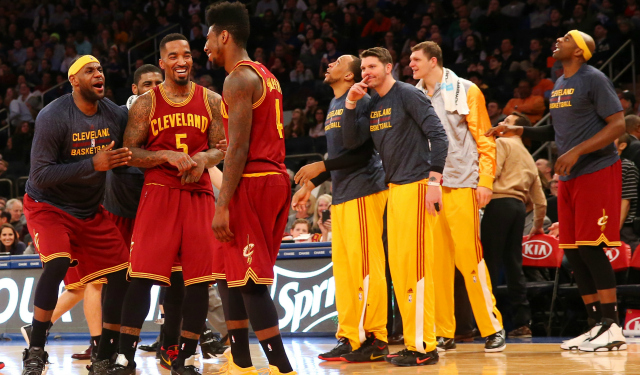 On January 5th the New York Knicks mired in the worse season of its franchise’s history traded J.R. Smith and Iman Shumpert to the Cleveland Cavaliers.  On Sunday February 22nd the two returned to Madison Square Garden to take on their former team.  They and the Cavaliers put on a show and we were right there to speak with them along with Lebron James and David Blatt.  Give it a click and a listen. 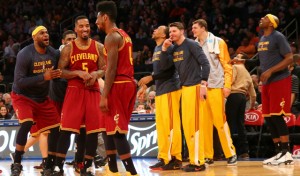 J.R. Smith and Iman Shumpert could not be happier playing with Lebron James and the Cleveland Cavaliers who are 16-6 since they have come aboard.

J.R. Smith caught this nasty reverse slam from Iman Shumpert in the 4th quarter of Cleveland’s 101-83 win over the Knicks on Sunday February 22nd. 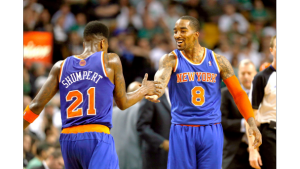