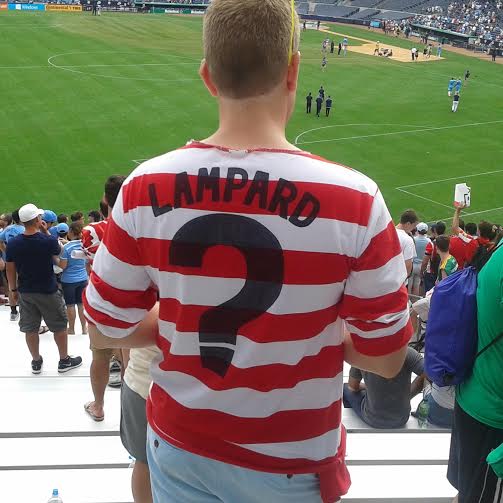 NYC FC football club played to a four all tie on Sunday afternoon against Toronto.  But the NYC FC faithful our still waiting to see English soccer legend Frank Lampard put a uniform on for the first time almost a year after he signed with the team.  Sotry Here.

Englishman Chris Scower and his friends have been wearing this Frank Lampard jersey all season waiting for Frank Lampard to show up. It has been over four months since the season began. 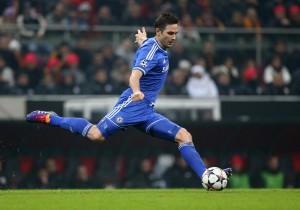 Frank Lampard is the all-time leading goal scorer for Chelsea soccer club in England. One of the premier teams in the league. 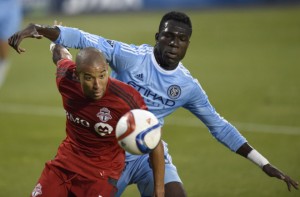 NYC FC’s Kwadwo Poku came into the game midway through trying to help slow the Toronto attack led by Sebastian Giovinco the 2nd leading scorer in the MLS. We spoke with Poku after the match.