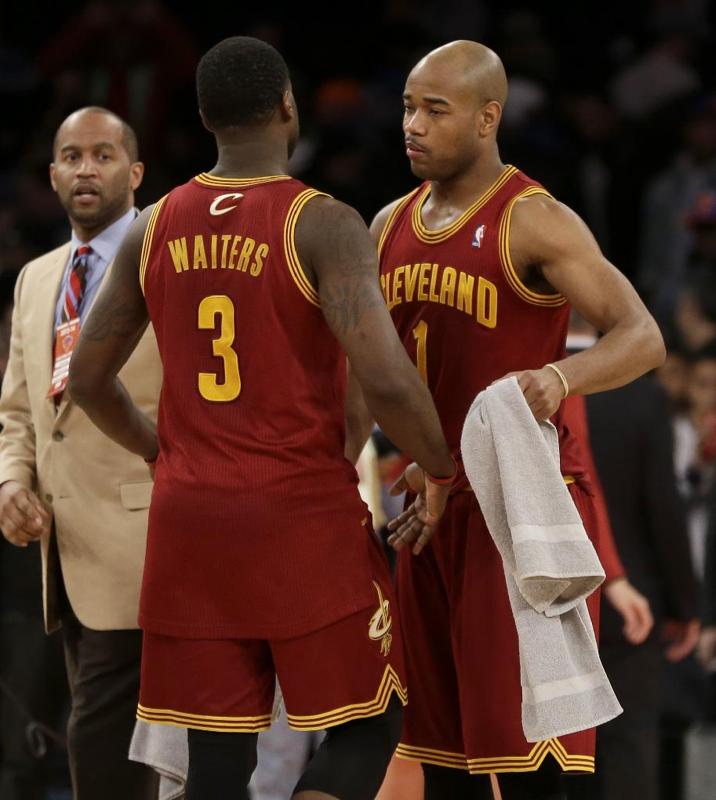 With a chance to pick up another full game in the playoff standings the New York Knicks suffered a DISASTEROUS loss at home to the Cleveland Cavaliers with a chance to push their season long win streak to to eight games before heading to the West coast for a CRITICAL five game road trip which because in Tuesday in against the Lakers in Los Angeles. Cleveland Cavaliers best player, point guard Kyrie Irving, sat this game out and Cleveland’s back court still destroyed the Knicks as backup point guard, Jarret Jack, scored 22 second half points in the starter’s role including making 6 of 7 devastating shots in the 4th quarter while Carmelo Anthony could not buy a 4th quarter shot missing all five shots in the period.

Carmelo’s Syracuse homeboy Cavaliers shooting guard Dion Waiters hit a number of big second half shots as well and spoke with us about his big night on the Garden floor against his boy Carmelo. We also speak to Jarret Jack who singehandedly buried the Knicks in the fourth quarter. And we get Carmelo’s thoughts after this devastating loss.