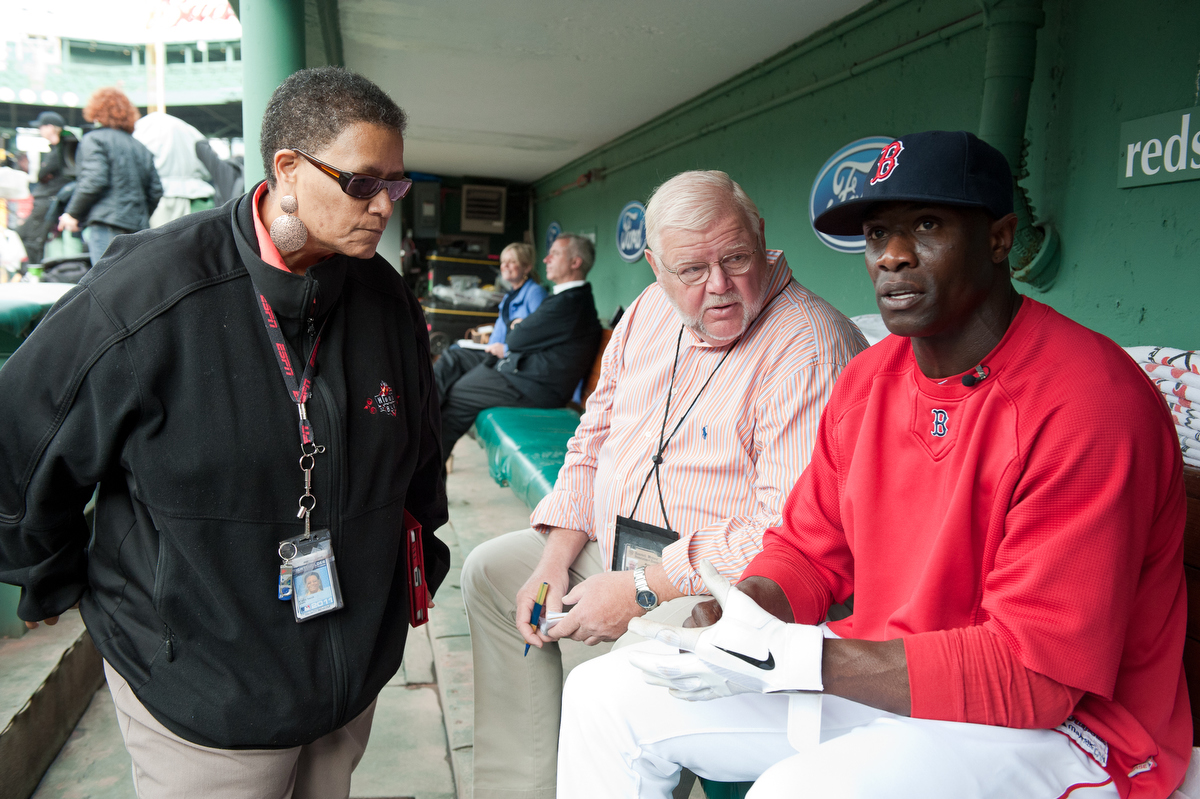 Claire Smith is the only woman to become the chair of the baseball writers association of America.  In 1982 when she was given the New York Yankees beat with the Hartford Courant she became one of the first woman to cover a Major League Baseball team in the locker room on a day to day basis and she was the first black woman to cover a Major League Baseball beat.  She covered one of the more fascinating and entertaining teams of all-time the George Steinbrenner Bronx Zoo New York Yankees of the 1980’s.  Smith was at the forefront of revolutionizing sports journalism and specifically changing things for woman in the business.  She overcame often times being the only woman and the only black in the baseball locker rooms and press boxes amongst the media.  During the World Series we had the fortunre of speaking with her and this is a portion.