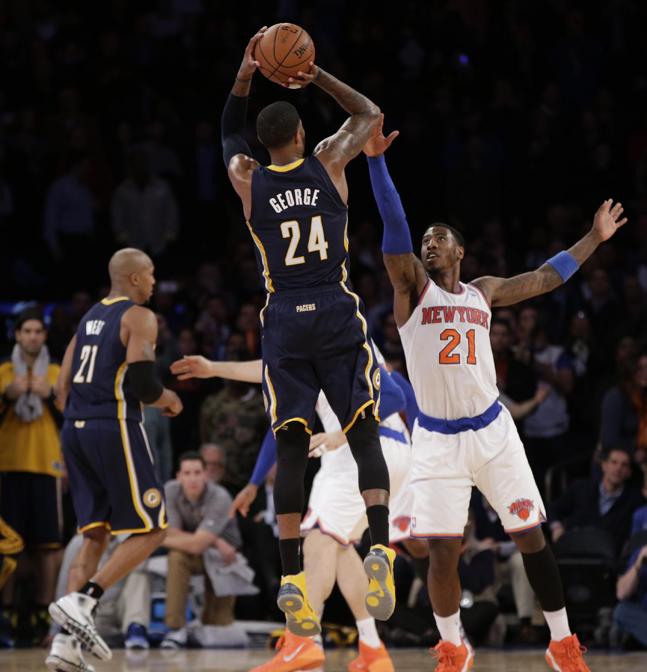 On Wednesday night the New York Knicks had the Indiana Pacers in their building who upset them last season in the Eastern Conference Semi-Finals when the Knicks had the home court advantage after finishing the 82 game regular season with a better record than Indiana. Going into last night’s game Indiana had the best record in the NBA with just one loss and the Knicks were losers of their last five home games and three straight games overall. Every where you turn Indiana forward Paul George is talking about how he wants to be the next star player in the NBA. George was impressive in last season’s playoff’s against the Knicks and then later Miami and Lebron James.

George was voted the NBA’s Most Improved player last season and he was rewarded by the Indiana Pacers with a MAX contract of five years $90 million. At the end of regulation with the Knicks up three points George was fouled on a three point attempt and went to the line and calmly hit three free throws and the game went into overtime where George scored seven points to bury the Knicks. After the game Indiana head coach Frank Vogel raved about his budding star Paul George and spoke about how he went to George before the season and told him that he was going to start running all of their offense through him. We spoke with Paul George as well about his evolution of becoming a SUPERSTAR in 2day’s NBA.