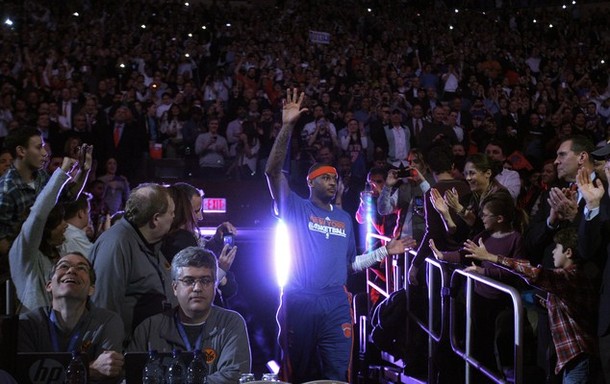 As we wait for Lebron James and Carmelo Anthony to make their decision on where they are going to sign a new contract with and play next season we look back on Carmelo’s first night as a Knick on Wednesday February 23rd, 2011 against the Milwaukee Bucks at Madison Square Garden. Until Anthony signs a new contract we are going to have a series of reports that we did over the course of the Carmelo Anthony era in New York City. In this report we hear from Carmelo Anthony and also we hit the Knicks locker room to speak with members of the team that night. This night was also legends night when the Knicks were honoring the 1969-70 championship team and we spoke with Earl the Pearl Monroe and Dr. Dick Barnett about the arrival of Carmelo. Click the play button above to listen to this report.

When Carmelo arrived to the Knicks in February 2011 he also came over with championship point guard Chauncey Billups. The days before Amare began to break down physically with the Knicks. Their were big hopes on this day. 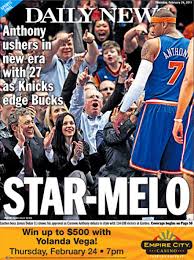 It was an exciting time for Knicks fans and the tabloids played up the hype. 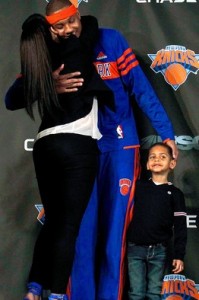 With Carmelo’s wife Lala a big public personality herself it is very hard to see the Anthony’s leaving New York unless he has a chance to play with say, Lebron James in Miami?