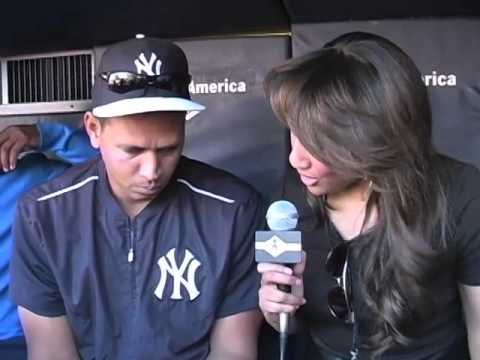 Click right here to listen to the report: http://www.wbaisports.com/media/353/The-Legitimacy-Of-A-Rods-600

Seven years ago today Barry Bonds tied Henry Aaron on the all-time career homerun list by hitting his 755th career homerun.  Also on that same day Alex Rodriquez hit his 500th career homerun in a season that ended with him winning his second MVP award with the Yankees and the 3rd overall of his career.  Three years ago today on August 4th 2010 A-Rod hit his 600th career homerun.  At that time it had been a year and a half since Rodriquez had been outed by then New York Times reporter Selena Roberts of having failed what was supposed to have been a confidential steroids test in 2003.  When Rodriquez was outed in February of 2009 Rodriquez admitted to using back in 2003, said the pressure of signing a $250 million dollar contract with Texas and having to live up to it led him to using steroids.

Rodriquez said however that his days in Texas were the last time he used, that he would not use steroids again, and that everyone should judge him going forward and base his pending hall of fame candidacy on what he does for the rest of his career. Because as we know NO ONE who has been linked to steroids has come CLOSE to being elected into the baseball hall of fame.

On the day that Rodriquez hit his 600th career homerun Rodriquez spoke about the controversy that surrounded him and reminded everyone again that he should be judged going forward.  So as we sit here now in 2013 it is an interesting look back to that day and the tune that ARod was signing when no it just all looks like one big lie.  I also spoke with hall of famer Reggie Jackson who Alex and four others linked to steroids have surpassed on the homerun list over the last few years.  Reggie and another hall of famer Joe Morgan talk A-Rod, the steroids era, and the legitimacy of Alex Rodriquez’s 600th career homerun.  Jose Bautista also speaks with me as well.