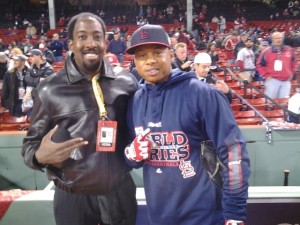 The 2013 World Series is a classic rematch of the 1946, 1967, and 2004 World Series. The only thing keeping this from being the first World Series since 1950 without an African-American ball player is little used Boston reserve outfielder Quinton Berry. At the World Series we filed this report on the issue.

Tony Clark is just one step away from being the executive director of baseball’s players union. 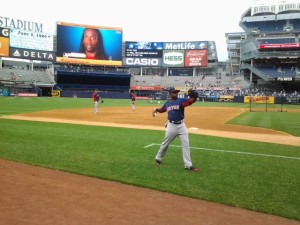 Jackie Bradley Jr. an African-American prospect who started for the Red Sox on opening day did not make their postseason roster come October.